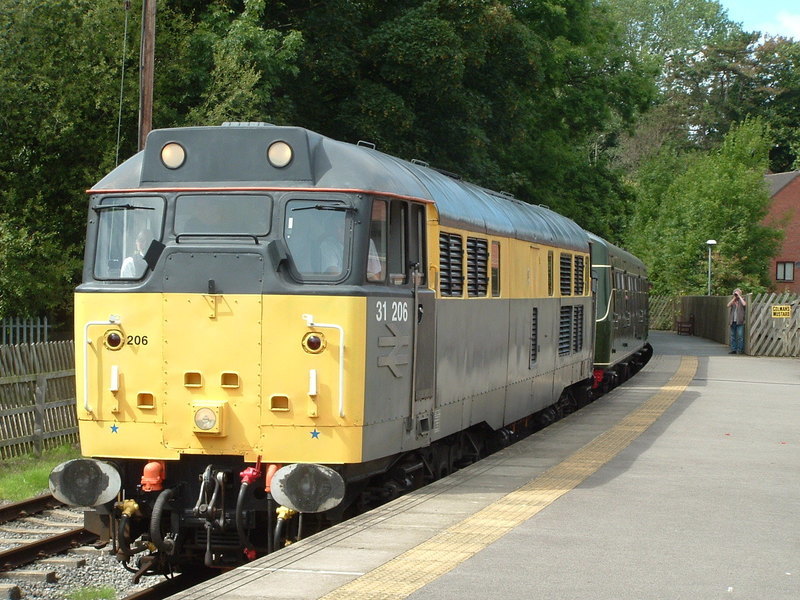 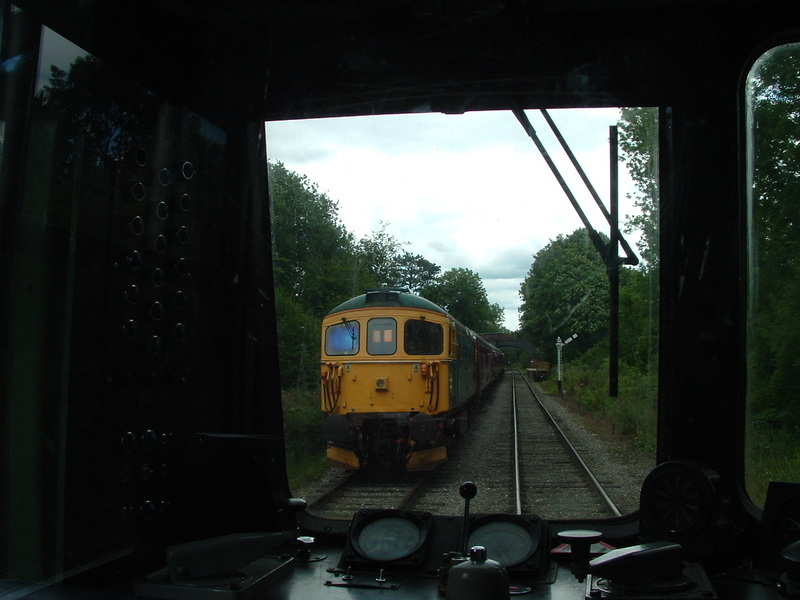 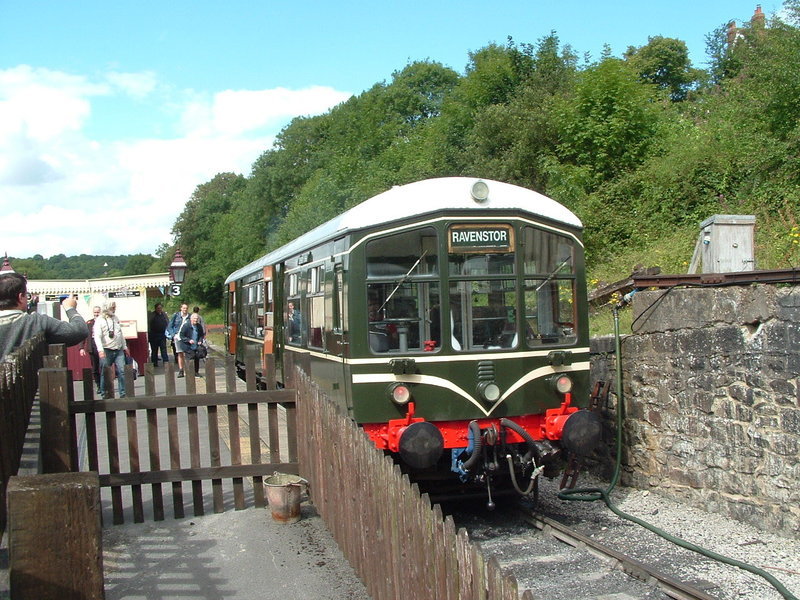 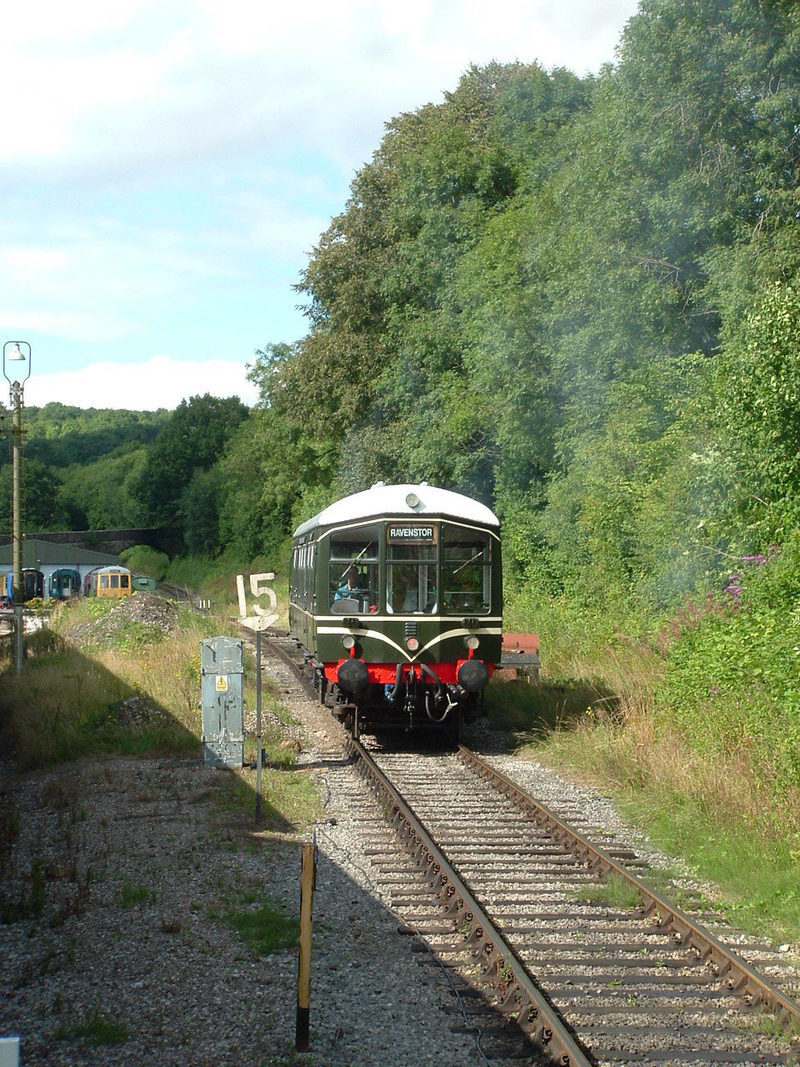 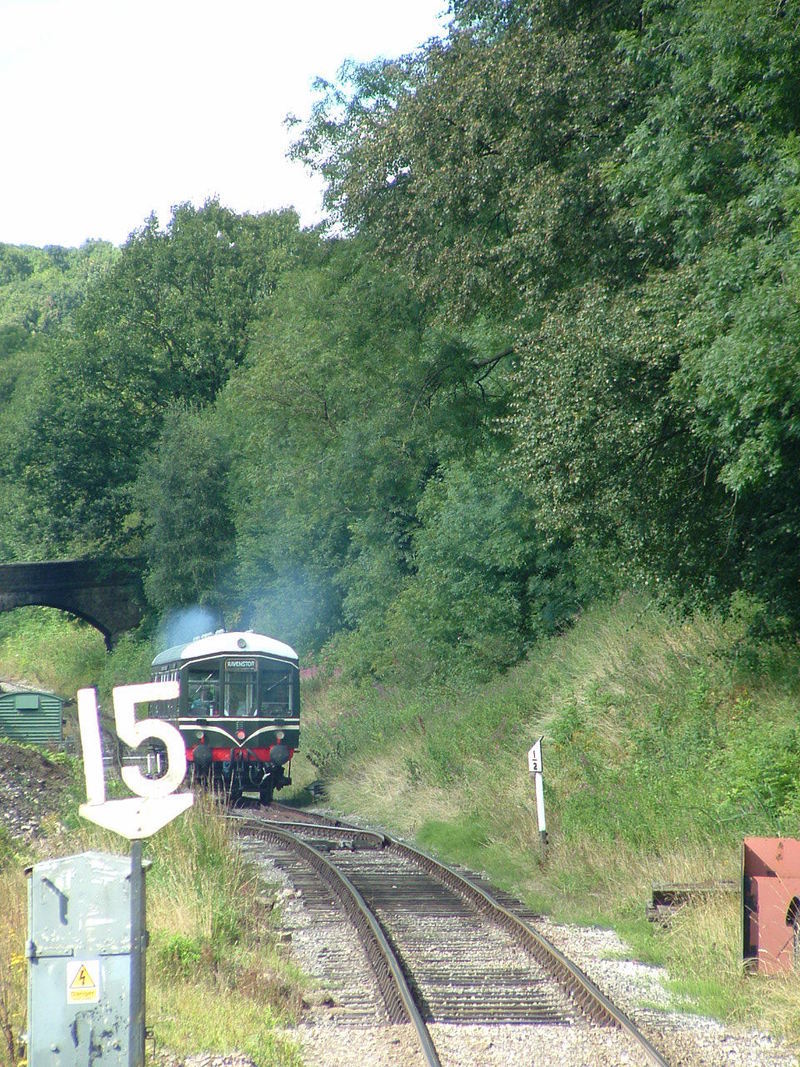 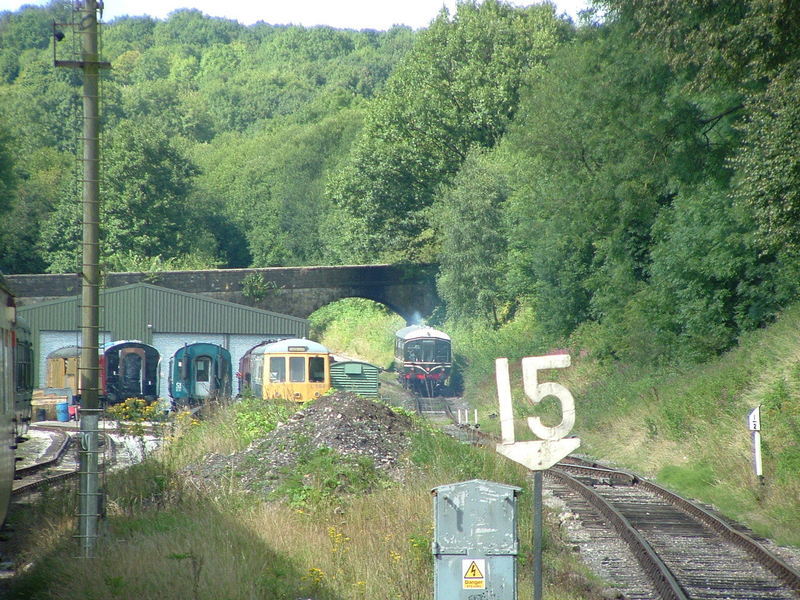 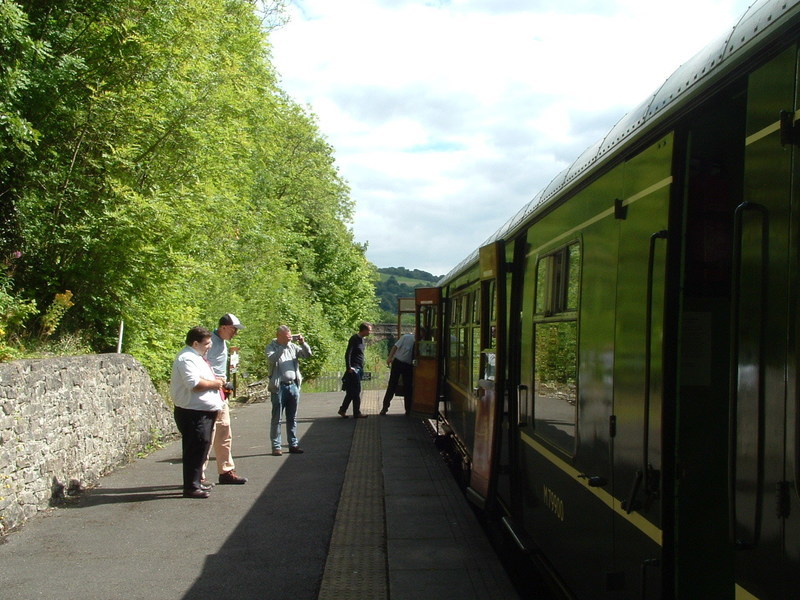 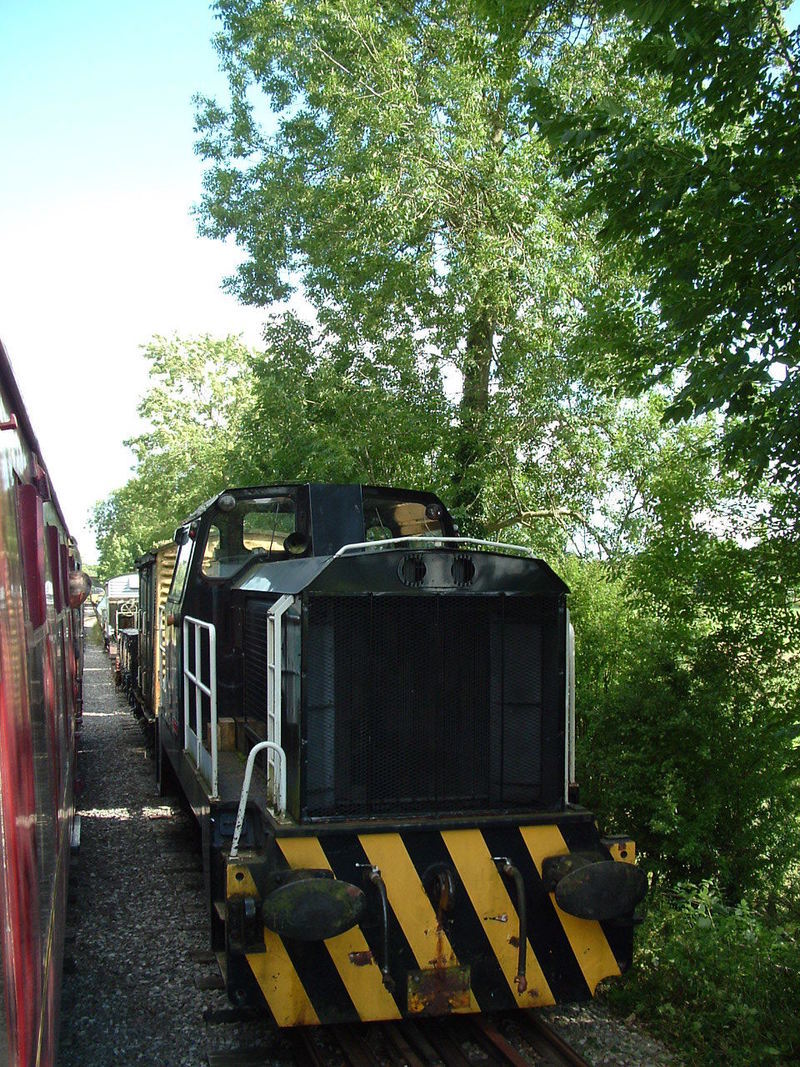 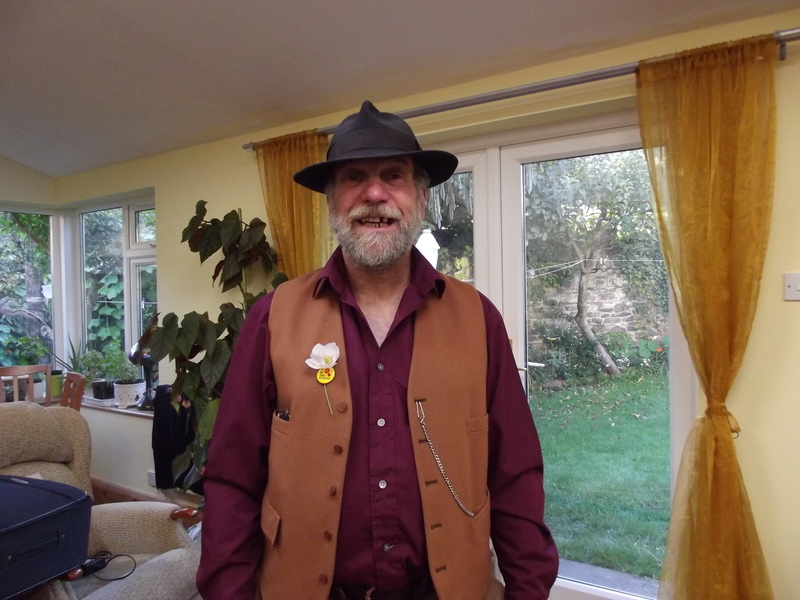 I met Em on Ashton bus station in November 1988.  We hit it off straight away but for years and years we lived in separate establishments. Hers a neat and tidy little house, mine a leaky old boat. Eventually, sometime after I became homeless because "Hazel" sank (this was before her restoration) she allowed my scruffiness to move into her house, and I learned to live with her regular cleaning frenzies. Neither of us were really that bothered about being married, being old hippies, and we certainly didn't want a wedding with all the fuss that it entails. The trouble is that we're both getting to the time of life where Google ads frequently send us links to funeral services. When one of us pops our clogs, unwed, the survivor would have an awful time dealing with the legalities of property, pensions etc. We're not going to follow the Hindu tradition of Suttee so, barring horrible accidents, one of us has to go first. We decided to quietly slip away to Cardiff and get a couple of friends to act as witnesses.

There was a fair bit of fuss really, I had to have a bath and wear posh clothes, Em dressed up and carried flowers from Victoria and Springy's allottment. It was a lovely little ceremony and we promised all kinds of difficult things then got a bilingual certificate to prove we'd done it. Thanks to Springy, Victoria, Joy and Ric for being witnesses. Afterwards we all went for a really nice meal in a pub near Taffs Well.

I hope nobody is too upset at missing out on the wedding of the year with carriages and top hats and the blushing bride done up like a meringue. Sorry, but both of us would have hated that.

I'd like to show you the wedding pictures but the only one of her that Em will allow is this one from our honeymoon. 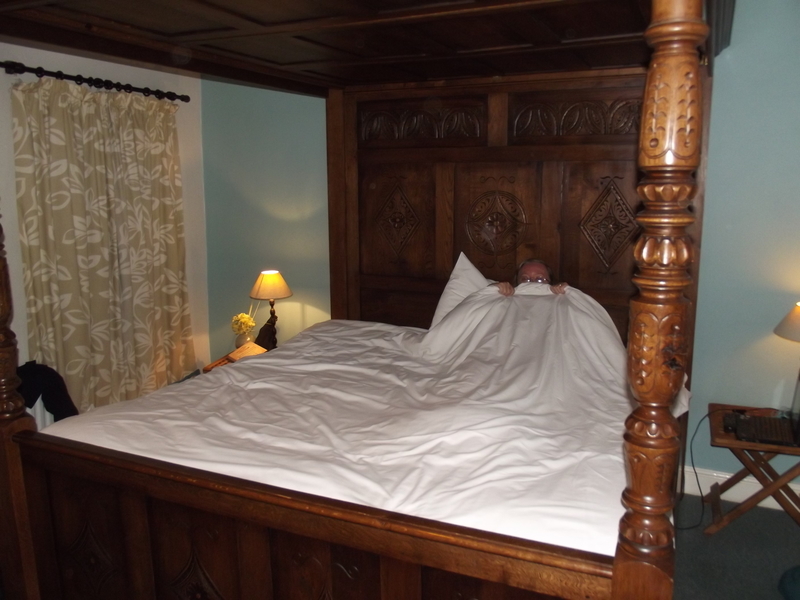 While we were away at the Bollington Historic Boat Gathering I had to keep popping home to check on the boats as we had no volunteers able to look after the pumps. this involved various train journeys. I like trains, even modern ones. Here's a picture of a Cross Country Voyager set rushing through Adlington as I waited for the local train to Manchester on 16th September 2016. 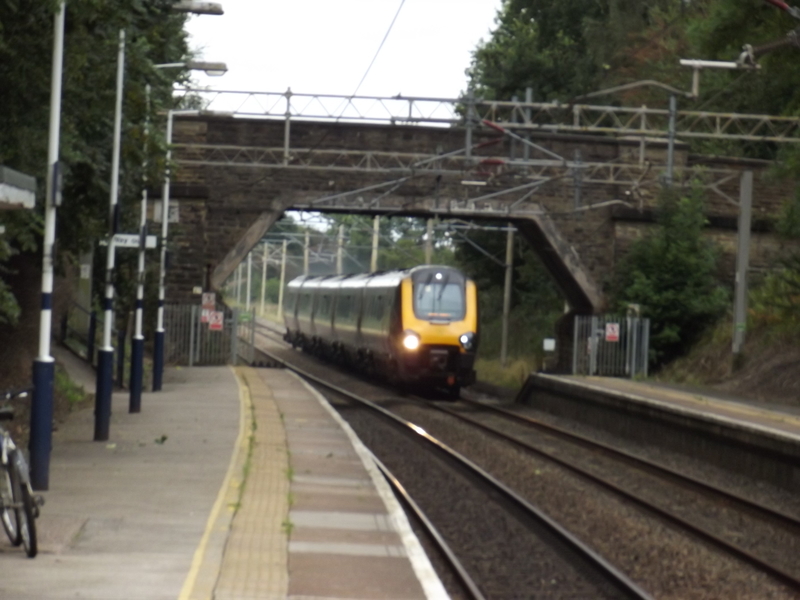 On the morning of the 19th I got a train from Hyde North to rose Hill then cycled along the Middlewood way to Bollington. As I waited for the train a couple of nodding donkeys (class 142) arrived on a Manchester working. 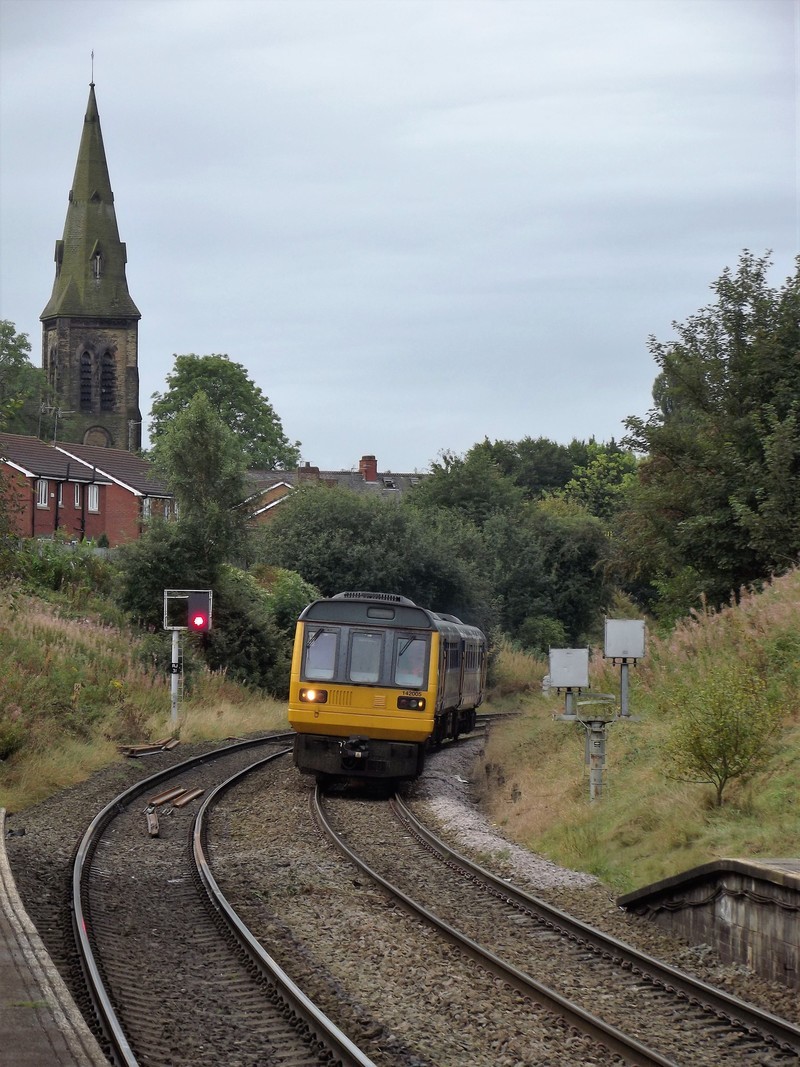 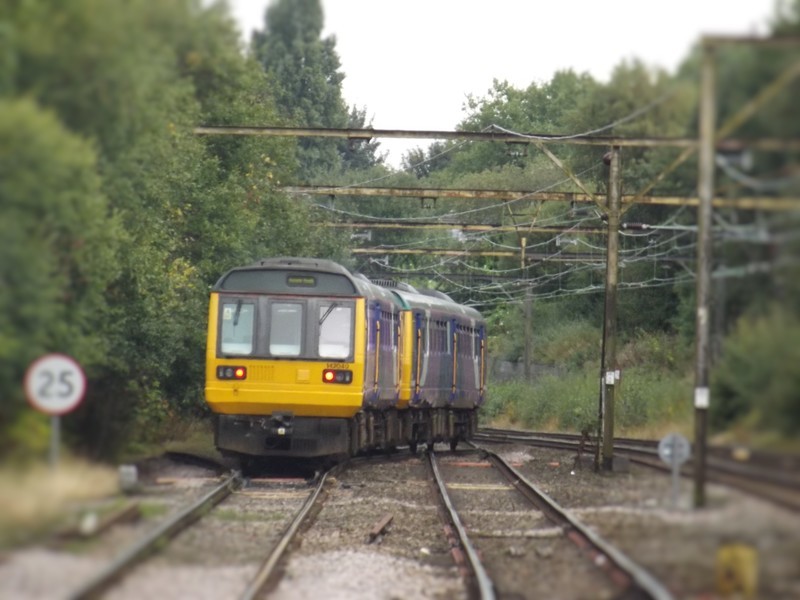 I was surprised by a class 66 with a train of stone empties heading for the Peak District, carrying on with the kind of work that the Peak forest canal was built for. 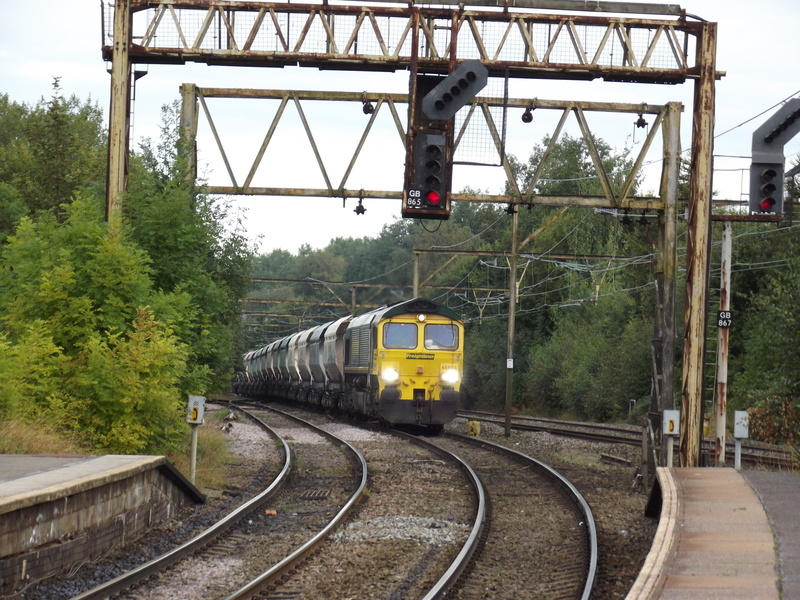 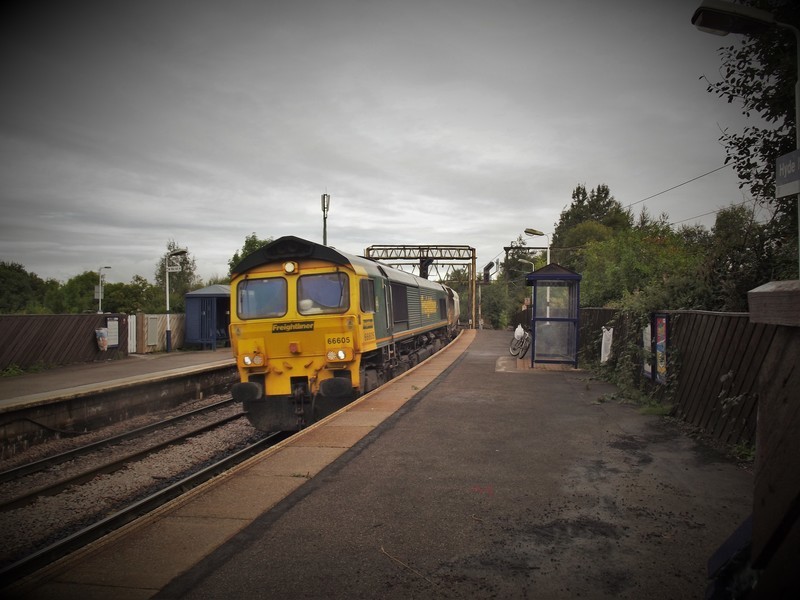 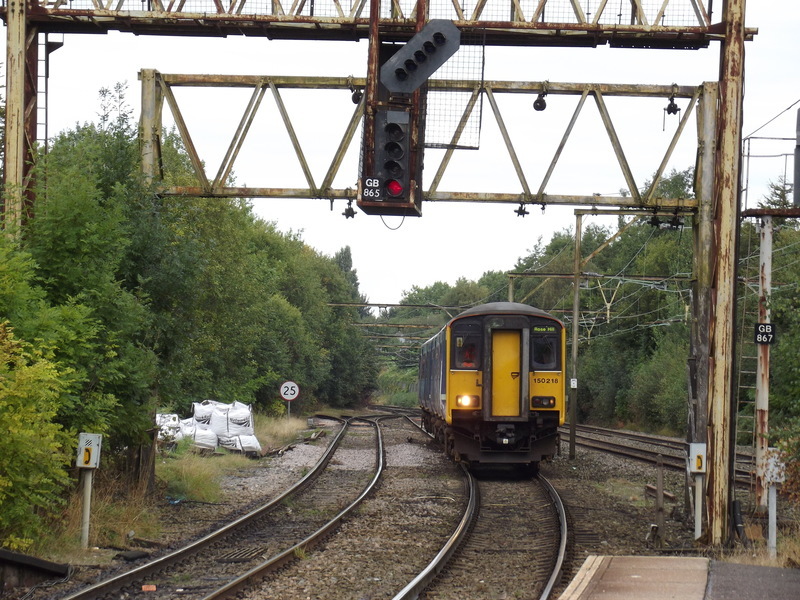 It was 6PM on a Tuesday evening and I had had a long day cutting planks for "Hazel" with the chainmill http://www.care2.com/c2c/photos/view/186/483743566/Cutting_planks_for__quot_Hazel_quot_/Chris%20cutting%20greenheart%20with%20chainmill%203%2011%20picbri.JPG.html
In order to minimise disturbance to residents in the various flats I worked on this across on the towpath side, next to the junction with the Peak Forest Canal.

It had been a long day, made less comfortable by a vicious wind that whipped up the sawdust into a desert storm. As I inserted the resharpened saw into the groove for the final cut, an Anderton Marina hireboat emerged from the Peak Forest Canal and started to turn into the wind towards Manchester.

The lady of the boat, a solidly built cheerful scotswoman, walked by on the towpath with a big collie dog. We exchanged smiles and she carried on, then backtracked to ask about a safe mooring for the night. Her husband was now frantically backing up to avoid the boat hitting the newly repainted "Community Spirit" on the outside of the turn. The wind caught the flat cabin side like a sail and took the boat sideways.

I suggested that they back up and tie on the outside alongside the flats, the site of the prophet John Wroe's magnificent but long disapeared house. This was good advice from the point of view of having an undisturbed night, but would involve some manoevring that beginners would find challenging even on a still day.

As we spoke the boat reversed into the shallow water on the far side of the bridge and the rudder crunched into the stone copings. The bonny lady hurried over the bridge to help push it off and pass on my advice to her partner. He engaged forward gear and attempted to get the stern away from the bank, but an ominous underwater clattering indicated that the blade had picked up something that was battering the bottom of the counter as it rotated.

Its ability to manouvre further inhibited by rubbish on the prop, the boat moved slowly forwards, still in the grip of the wind. I could see that he wasn't going to get the boat to its destination without hitting one of our boats, but I wouldn't have minded if he simply scraped his bow along the side of "Southam". The sensible thing to do would have been to forget about engine power and use the shaft, which lay idle on the cabin roof, to get control of the errant fore end. I have always, however, found a great reluctance among trainee, and sometimes experienced, boaters to use the shaft.

The strategy employed to control the boat was a surprising one. As the bow headed into the arm where the boats awaiting restoration float in shallow water I expected to see a flush of sterngear from the still clattering prop. Instead the boat carried on until it impacted "Elton"s stern. She gave a lurch, then resigned herself to being used as a fulcrum as, still in forward gear, the man put his tiller over to lever the boat round. As soon as he backed up the wind caught the bow and he lost control again. He repeated the manouvre, but this time, the hireboat's bow having moved a few feet Eastwards, it was "Queen"s turn to suffer the indignity of a ramming.

I stood watching, open mouthed and dumbstruck. I knew that both boats were tough enough to withstand these blows, but I was amazed at the sheer disregard for other peoples craft.

The boat backed up again. The next boat in line for a blow from its bow was "Hazel", our most fragile boat. Somehow he managed to miss her, but, as anticipated, scraped his bow along the side of "Southam" instead. As his stern end approached the footbridge he threw a line up to his wife, who sensibly led the boat back to the overnight mooring that I had suggested.

I started the saw and quickly completed the last cut, by which time my anger had subsided a little. I shafted "Lilith" back across the basin to tie up abreast of "Southam", then went to dig out some leaflets from "Forget me Not"s cabin. I walked over to the moored hireboat and tapped on the roof. The woman emerged and reddened when she saw me. I sought to defuse her embarrasment with a smile, it wasn't her who had been steering, and handed her the leaflets. I said "Here's some information about the historic boats you just rammed". She was full of apologies, but she didn't call her husband out to face me. I diverted the conversation away from the incident as she was clearly uncomfortable, but it was her partner that I wanted to feel that discomfort. He had not once looked in my direction as he carried out his cavalier careering around the basin.

I went off to get some food. Early in the morning the boat left to work down the locks to Manchester. I wonder what sort of night the arrogant man had. It would be no surprise to me if the ghost of Jack Monk ( "Queen" was his first motor boat and remained his favourite) had visited him in the night and given him terrifying dreams of boatmans justice.